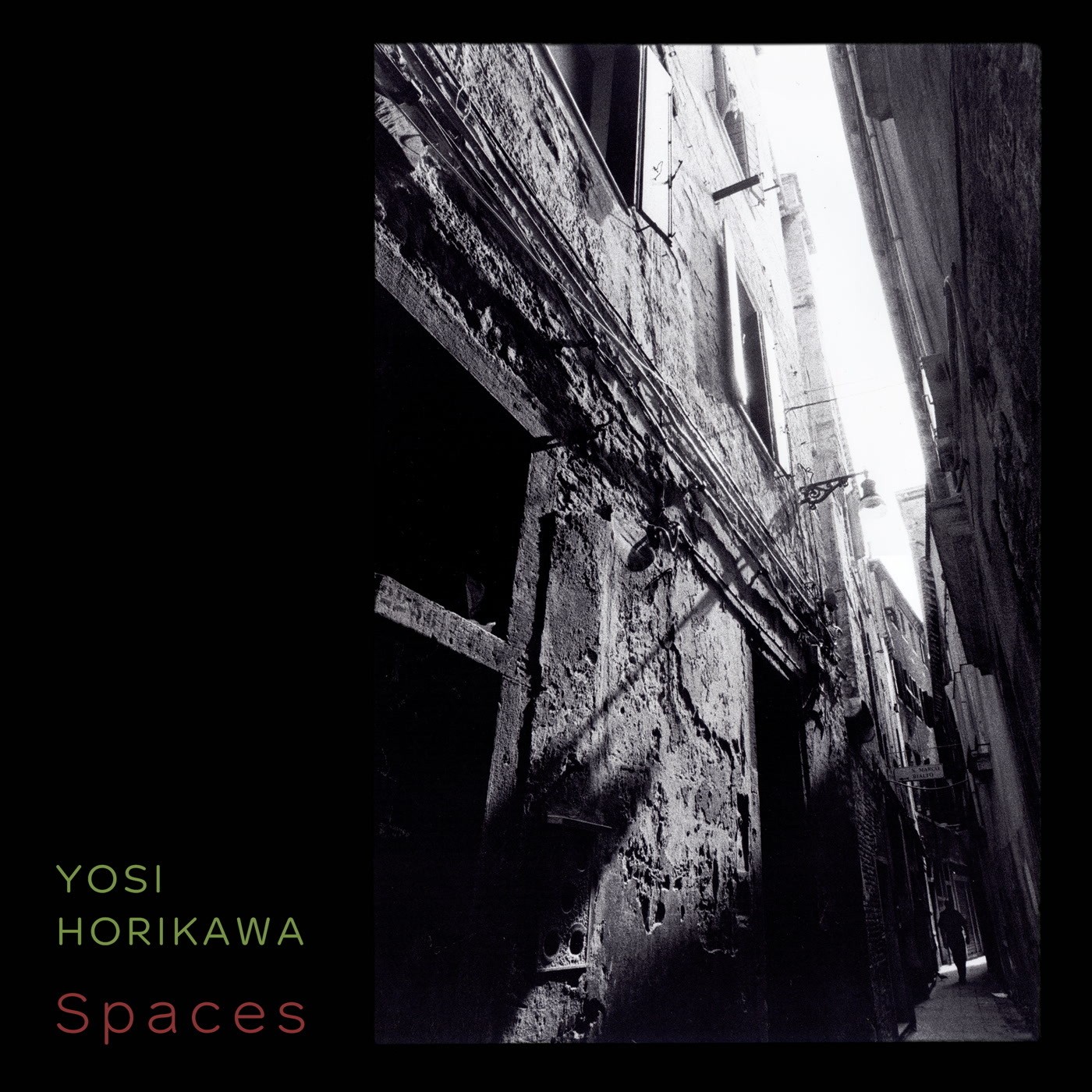 Yosi Horikawa makes music quite unlike anything you’ve heard, music that reflects not only the appeal of rhythm and melodies but also the power and hidden musicality of everyday sounds. In that sense Horikawa is not just a producer or musician or sound artist: he is a world builder whose materials constantly surround us, though we rarely stop to appreciate
them. Horikawa honed this approach for more than a decade, travelling far and wide to record forests, beaches, cities and people while never missing an opportunity to also find sounds closer to his home in Tokyo.

Spaces is Horikawa’ s new album, following from 2013’ s Vapor released via London-based label First Word. This time the album is released on Borrowed Scenery, a new label setup by Horikawa and close collaborator Daisuke Tanabe to enable them to operate free of constraints.
The album features 11 songs that combine field recordings and sound design with a range of stylistic touch points: the fluid intricacies of hip-hop, the precise efficacy of IDM, the euphoric physicality of dance music, the humanity of acoustic instrumentation. Each song blends a primary sound source with a certain style, with titles often hinting at the origins of
the sounds – “Moldy Vinyl,” “Vietnam,” “Fluid,” “Swashers,” “Nubia” – or the mood the music evokes. What ties it all together is Horikawa’ s deeply personal understanding of what constitutes music, an understanding shorn from the commercial and stylistic structures of music as a commodity.

Spaces is a deeply human experience, and through Horikawa’ s approach music feels as natural as breathing. Horikawa has collaborated with French producer Fulgeance, American singer Jesse Boykins III and fellow Japanese experimentalist Daisuke Tanabe. His music has been supported by Gilles Peterson and Benji B. Outside of music Horikawa is an in-demand sound engineer and speaker designer who has worked with J-WAVE, Kengo Kuma, Mitsubishi and Sound & Bar Howl in Tokyo.
credits
released May 31, 2019