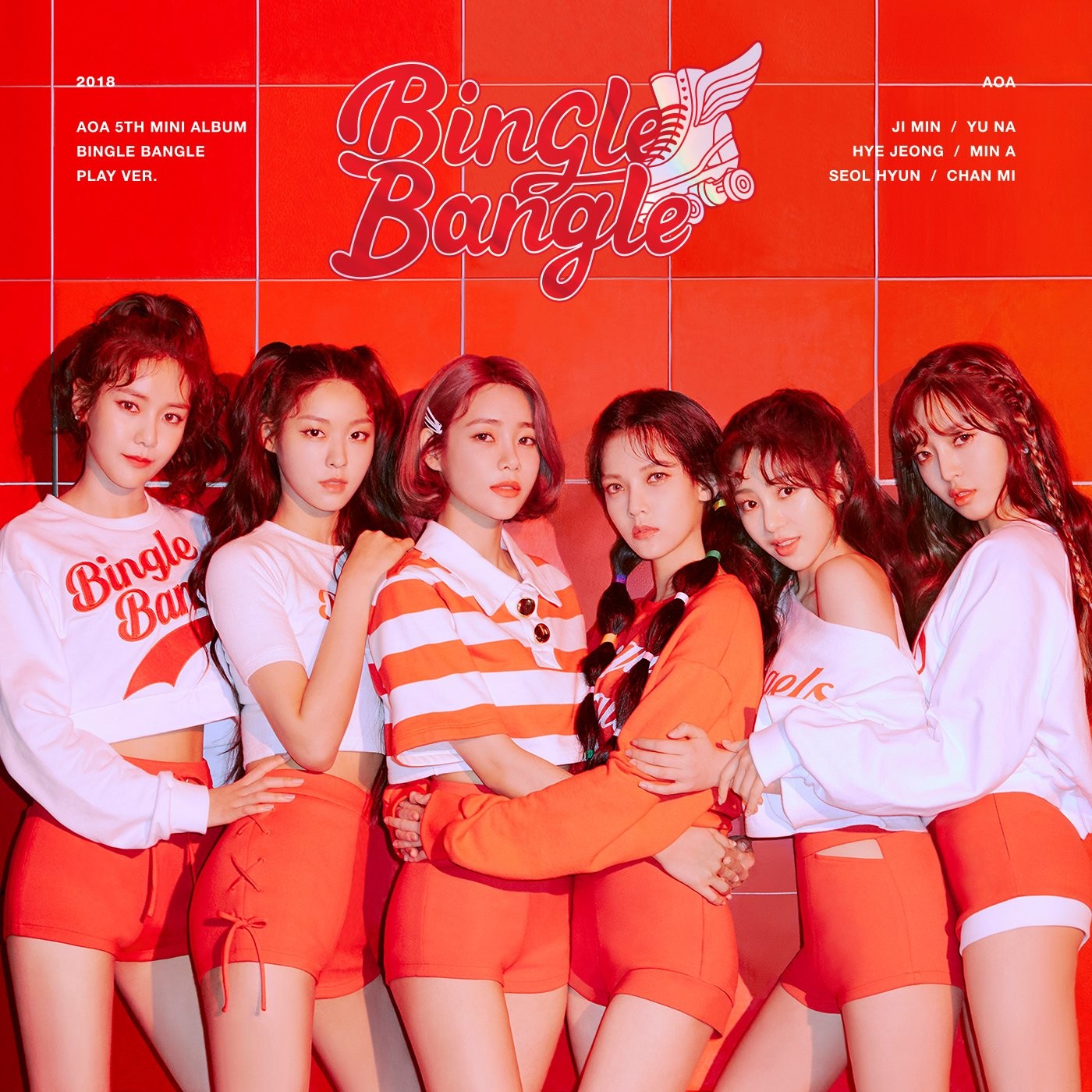 South Korean girl group AOA perform R&B-influenced pop. Formed in 2012 by FNC Entertainment, AOA — “Ace of Angels” — debuted as an octet with members Jimin Shin, Yuna Seo, Chanmi Kim, Hyejeong Shin, Seol-hyun Kim, Mina Kwon, Youkyung Seo, and Choa Park. Their first EP, Angel’s Story, contained the single “Elvis” and peaked within the top ten of the Korean charts. The Wanna Be EP followed with the single “Get Out.” At the end of the year, a sub-unit was created, dubbed AOA Black, comprised of Youkyung, Jimin, Yuna, Choa, and Mina. They released the “Moya” single in 2013, as the main group issued the two-track Red Motion EP. In early 2014, “Miniskirt” was released, becoming their most successful single to date. Short Hair arrived that summer, continuing their rise into the top five of the Korean charts. At year end, their third release, Like A Cat, became AOA’s first release to chart in the United States. A Japanese version was delivered in early 2015, leading to Japanese chart success and a Korean reality show. That summer, they made their American debut, performing for fans in Los Angeles and New York. “Heart Attack,” from the EP of the same name, peaked at number two on the Korean charts and became AOA’s second song to chart on Billboard. By 2016, a new sub-group, AOA Cream, was formed, with Chanmi, Hyejeong, and Yuna at the helm. AOA’s fourth EP, Good Luck, was issued that summer, months before Youkyung departed from the group. The following year, AOA released their debut full-length, Angel’s Knock. It rose to the top five of the Korean and Billboard World charts. Knock would be Choa’s final appearance with the group, as she parted ways with AOA that summer. ~ Neil Z. Yeung, Rovi